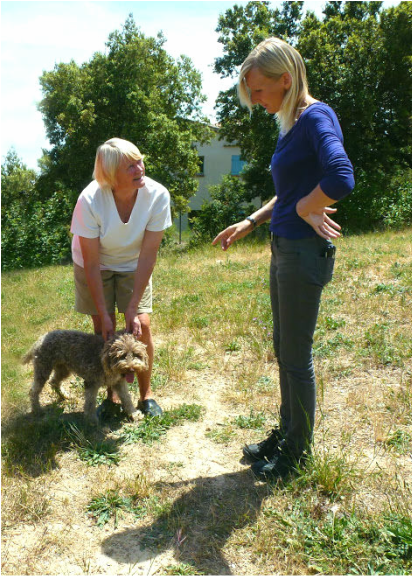 During a behavioural consultation

Client's review:
Our dog Ino comes from a shelter. When he first came to us, he was scared and reserved.
We had a problem when friends came to visit. Ino used to get really excited, barked a lot, blocked their entry and even snapped at ankles. We tried everything to calm Ino whilst greeting our friends, but to no avail 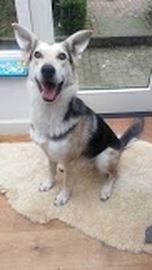 Orna's advice was, quite to our surprise, to keep Ino away from guests. Only to let him in again when everybody was settled. He then gets the chance to meet people quietly. ​
The problem has disappeared gradually and now we don't even think about it anymore. Clearly his confidence has grown with the new approach.

After a year Orna has visited us on another subject. Ino took to running away in the forest and could be gone for hours.We went into the forest laden with snacks. We spoiled Ino madly, with treats and playing. After that we let him free. He did stay closer by then I was used to. Orna taught me very precisely when to call him back and how and when to reward him.
Ino clearly has better recall after this and I have the confidence again to let Ino off the lead. 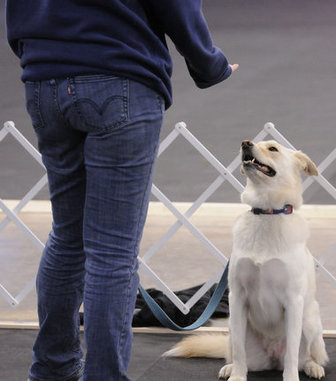 An owner contacted me because her dog had bitten her in the face.

From the questionnaire and the first visit the cause of the problem became clear to me: The dog had been adopted about 3 months ago. The owner had played with the dog as she always did. All of a sudden at this occasion when she took the toy her dog had bitten her.

Analysis of the problem:
When a dog comes into a home, it needs to adjust to its new situation. After a few months it starts to feel at home and feel more confident. This owner was visibly a bit overwhelmed by the boisterous playfulness of the dog. The combination of the owner feeling insecure with the dog and the dog gaining confidence, led to the fact that the dog felt that he was the one who had to decide what happened. When the owner then picked up the toy, the dog felt that she overstepped the behavioural pattern that had grown between them. He may have warned her in earlier play sessions. That we can not retrace, but the day came that he bit her.
The dog had been taught that he was the one setting the rules. The day he felt that the owner set the rules he did not accept it, because that was his job. He was responsible for the sequence in which play happened.

Misunderstanding between dog- and human social rules with grave consequences.
Treatment:
One brave owner who gave her dog a second chance. They now go everywhere together and the dog has become calmer with her, but also in interactions with others. 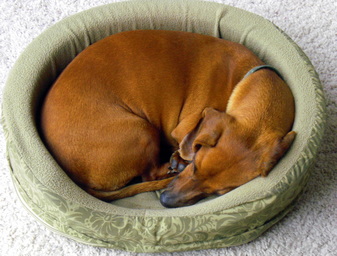 Case:
A dog started from one day to the next growling at its owner whenever she approached its basket. She could not understand how he could be agressive, when it was actually a very fearful dog.

Analysis of the problem:
From the questionnaire it became clear that this dog was very scared when it first came into the house.  It had started treating its basket as its last safe haven. When the owner approached it there to console it, the dog felt it had nowhere left to go. By growling it was telling the owner to leave it alone because it felt threatened.

Treatment:This problem was approached in two directions:
​The fear went, and with it the protecting of the basket.
​All the above cases are dog-specific and treatments should not be applied to any dog without consultation of a specialist
Powered by